All Change for the Spring! 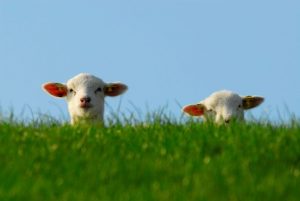 It’s that time of year again when we see a number of employment law related changes.  The following is a summary for your diaries and includes:

This is the deadline for those public sector employers as listed in Schedule 2 of the Equality Act 2010 (Specific Duties and Public Authorities) Regulations 2017 with 250 or more employees (as at  31 March 2017) must publish their gender pay gap information.

The Apprenticeships (Miscellaneous Provisions) Regulations 2017 come into force and make changes to the Public Sector Apprenticeship Targets Regulations 2017 which affect Academy proprietors, bringing them within the scope of the public sector apprenticeship target regime and provide that in respect of a police force, any member of that police force is relevant for determining its headcount for the purposes of the regime. For further information click HERE.

The National Minimum Wage Regulations are amended increasing the NMW for workers as follows:

The definition of ‘qualifying childcare’ within the Employer Supported Childcare regime is amended to include childcare by a person who is employed or engaged under a contract for services to provide care and support by the provider of a domiciliary support service.

This is the deadline by which employers (excluding public authorities listed in Schedule 19 of the Equality Act 2010 and parts of the armed forces) with 250 or more employees (as at 5 April 2017) must publish their gender pay gap information.

The weekly rate of statutory sick pay (SSP) increases to £92.05.

A Change to the Taxation of Termination Payments (PILONs)

A significant change takes effect in the way termination payments made in respect of employment ending on or after 6 April are to be taxed. This is a change that we have all been anticipating for some time.

The key change is to payments that are made in lieu of notice, otherwise known as PILONs.   It will no longer be the case that these can be made without deductions for tax and NI where there is no contractual right to make such a payment or the employer does not routinely choose to do so (the so called ‘auto-PILON’ situation).

From 6 April, all PILONs, whether contractual or not, will be subject to deductions for income tax plus employee and employer NICs on the amount of basic pay that the employee would have received if they had worked their notice in full. The new legislation introduces the concept of the ‘post-employment notice pay’’ (PENP) and provides a formula for the calculation for the tax liability on any such payments.

It is also proposed that the introduction of employer NICs on termination payments above £30,000 will take effect from 6 April 2019 rather than 6 April 2018. Such payments will remain free from employee NIC payments.

A further change also provides that for employment terminated on or after 6 April 2018, the foreign service exemption will no longer be available to employees (excluding seafarers) who are UK resident in the tax year their employment is terminated.

Rise in the Personal Allowance

In the UK (excluding Scotland where different rates of income tax will apply), for the tax year 2018/19:

The national insurance contributions lower and upper earnings limits in respect of primary class 1 contributions will increase from £113 and £866 to £116 and £892 respectively.

Further, whilst the earnings trigger will remain at £10,000, the automatic enrolment qualifying earnings bands will changes as follows:

The new Data Protection Act 2018 and the widely publicised GDPR come into force. We will be reporting on this in more detail in our next newsletter. In the meantime, if you have not yet taken steps towards compliance with the new laws we would urge you to start by taking a look at the Information Commissioners (ICO) website: ICO GDPR

Please also let us know if you have any questions or concerns about the new data protection laws and we will be happy to work with you towards your compliance.  We would certainly advise you to start thinking about reviewing your contracts of employment and HR policies to take the new laws into account.