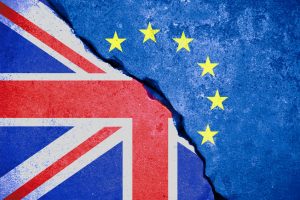 The status of EU nationals post referendum has been the source of endless speculation and uncertainty and the cause of much anxiety not only to them but to their employers and businesses generally.

The Home Office has in April 2018 published on its website the latest developments in the negotiations regarding the status of EU nationals and their immigration status. The publication sets out the key terms of the agreement reached with the EU as follows:

It is worth noting that until such time the negotiations for the UK’s exit from the EU are complete and a final agreement is signed by all parties there is a possibility that the above terms could change. Nonetheless the above information is a welcome contribution to the understanding of developments in the subject.

It is also important to note that the UK is still in discussions with Norway, Iceland, Liechtenstein and Switzerland about securing the status of their citizens. Irish citizens won’t need to apply for settled status or register for residence rights as the rights of British and Irish citizens in each other’s country are rooted in the Ireland Act 1949.

The Home Office is currently developing the scheme for settled status applications. Despite a promise that the new scheme will be streamlined and user friendly, there are concerns that once the new scheme is introduced, there may be a large surge of applications.

In order to avoid being part of the influx of applications that may arise, those EU nationals who are eligible to, and intend to apply for British citizenship have therefore been applying for permanent residency under the current scheme by submitting evidence of their residence of at least 5 years whilst exercising EU treaty rights by working, studying, being self–employed or self–sufficient.

Regarding EU citizens who arrive in the UK after the end of the implementation period, they will be subject to UK immigration law and will have to qualify for entry under the UK immigration system which will be implemented post-Brexit. The UK Government is due to publish its proposals for this system towards the end of 2018.

For the purpose of providing the evidence base for UK migration after the implementation period in 2021, the Migration Advisory Committee (MAC), an independent body that advises the government on migration issues, has been commissioned to assess the impact on the UK labour market of the UK’s exit from the EU and how the UK immigration system should be aligned with a modern industrial strategy.

Following a call for evidence and meetings with various stakeholders the MAC released an interim update on 27 March 2018 which showed that employers in all sectors are concerned about the prospects of future restriction on EEA migration. The MAC’s final report and its recommendations for the new UK Immigration system for EU nationals is expected to be released in September 2018.

In light of the above, employers with EU national work force will need to follow the developments closely in order to be mitigate any adverse impact to their businesses that could potentially arise as a result of the immigration status of their workers. Prudent employers should use the recent insights into the likely immigration position post Brexit, to open discussions with their EU national workers to assess whether there will be a need for registration and when. They should then schedule a follow up date to ensure all their workers have the necessary status documents once the UK leaves the EU and the transition period ends.

We will monitor any further developments closely and will keep you updated accordingly.

If you have any immigration enquiries, please do not hesitate to contact us:

This article is accurate as at its date of publication on 30 May 2018 and is intended for general information purposes only and does not constitute legal or professional advice. It should not be used as a substitute for legal advice relating to your particular circumstances.