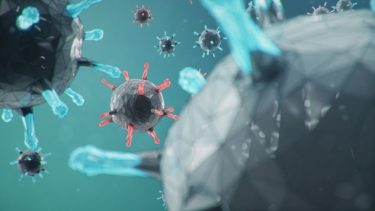 A number of developments have been made to the Coronavirus Job Retention Scheme (CJRS) over the last few days. We have summarised the significant changes below.

The changes have resulted in a further two updates to HMRC’s guidance for employers. The fourth version, published on 15 April, confirmed that the payroll eligibility date for the scheme had been brought forward to 19 March 2020, previously only employees who were on the payroll as at 28 February 2020 qualified under the Scheme.

Extension to the Scheme to end June

The fifth version, published on 17 April, confirmed that the Scheme will now be open for four months from 1 March 2020, so until end of June 2020, and may be extended beyond this date. One of the main reasons for this extension at this particular time is due to concerns that if the scheme closed on 31 May 2020, as originally intended, employers would need to start the 45-day consultation period on 18 April in respect of any collective redundancies to follow. It also confirmed that the online portal through which employers will be able to apply for payment under the Scheme will open, today, 20 April 2020.

Another important change to the HMRC guidance for employers clarifies that the employer must ‘confirm in writing to their employee’ that they have been furloughed, and that ‘if this is done in a way that is consistent with employment law’ then that will constitute valid consent for the purpose of the Scheme. The HMRC guidance states that ‘the employee does not have to provide a written response but it is worth noting that this appears in conflict with the Treasury Direction to HMRC, published on 15 April 2020 which states that an employee can only be furloughed for the purpose of the CJRS if the employer and employee ‘have agreed in writing (which may be in an electronic form such as an email) that the employee will cease all work in relation to their employment’. Given this difference, we would advise that wherever possible employers obtain their employees’ written consent to be placed on furlough leave, making it clear too that the employee must stop work for the employer whilst furloughed. It is then a requirement to keep this written record for 5 years.

The separate HMRC guidance for employees was also updated on 17 April 2020 to include a long awaited reference to how annual leave interacts with furlough leave.  The guidance now states that workers continue to accrue annual leave while on furlough leave and are also entitled to take annual leave whilst furloughed. Significantly, the employee guidance also states that holiday pay should be paid as usual in accordance with the Working Time Regulations 1998 and ‘employers will be obliged to pay the additional amounts over the grant’. Consequently, employers who have furloughed employees at 80% of normal wages are likely to be required to make this up to 100% of normal wages for any period of annual leave, paying them as they would usually have done prior to any furlough leave.

In terms of when annual leave can be taken, the guidance states that employers have the flexibility to restrict when this can be taken if there is a business need, much as they would be able to usually. The guidance remains silent on whether an employer can require an employee to take annual leave while on furlough leave. Some believe that this is possible, if necessary by using the employer’s right to serve notice on the employee under the Working Time Regulations 1998. Others are less convinced that employers can do so and so ‘part fund’ the annual leave payments with furlough pay.

One is aimed at employers, setting out how to make a claim under the CJRS: https://www.gov.uk/government/publications/coronavirus-job-retention-scheme-step-by-step-guide-for-employers

The second assists with how to calculate 80% of an employee’s wages for the purpose of claiming under the CJRS, including which payments can be taken into account and which should not form part of the calculation: https://www.gov.uk/guidance/work-out-80-of-your-employees-wages-to-claim-through-the-coronavirus-job-retention-scheme

Guidance for those still in the workplace

Finally, there remains guidance for employers and employees on keeping safe where the business remains open. The latest version of this guidance (updated on 7 April) is available here.

Please get in touch if you have any questions regarding the issues discussed in this article.